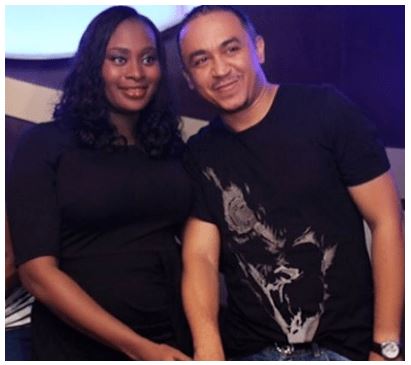 Daddy Freeze’s baby mama Benedicta has allegedly admitted to getting pregnant for the On air personality whilst still in her matrimonial home.

”The court case involving Daddy Freeze’s Fiancée (Benedicta) and her husband, Paul Odekina resumed on the 20th of March 2018, in a Rivers High Court presided over by Justice Akpughunum, with a cross examination of Benedicta.”

It will be recalled that Benedicta dragged her husband to court in search of dissolution of their marriage.
When cross examined by the defendant Lawyer Wilcox Abereton, Benedicta admitted to having an affair with Daddy Freeze and giving birth while legally married.

When asked whether she did not know that Freeze was married, she said ‘ I don’t know anything about that.
The defendants’ lawyer inquired about the set-up of her multi-million naira business to which she claimed that her contribution was N1.5m which was used to construct the Gate.

She claimed that she was abandoned by her husband in 2010 until she was confronted with the evidence and then admitted that her husband sponsored her, her mother, her niece for a vacation to the UK in 2011.

She admitted very warm and romantic birthday cards with messages of appreciation to her husband in 2006 and 2008, the years she claimed he did not have sex with her.

Benedicta accompanied by her Lawyer B.J. Monsigha denied then later admitted that her husband sponsored a family trip including himself to Disneyland in the US in 2012, claiming that her contribution was paying for the feeding of the children on the trip.

Daddy Freeze who is the co respondent to the husband’s cross petition was absent at the court proceedings.
Case was adjourned to the 21st of May 2018.