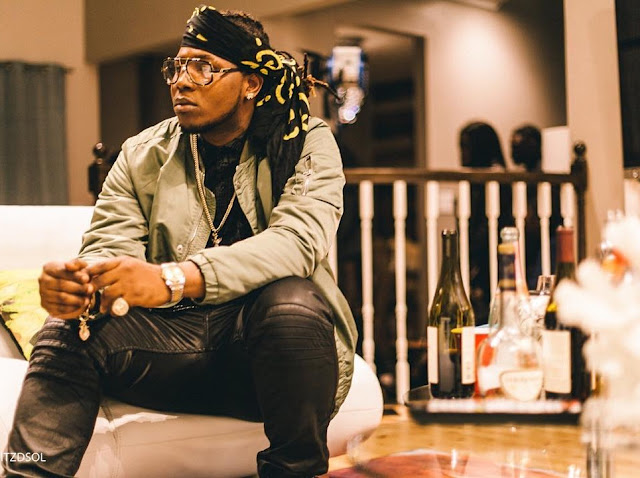 Davido, Wizkid, Olamide’s Music Is Far From Good Us Based Nigerian Singer

Having worked with heavyweights including 2face Idibia, Dbanj, Sunny Nneji, Timaya, Psquare, Kelly Hansome among many others.

Fast-rising Texas-based Nigerian musician, Funsho Fadi, aka Sean CZA, has come to the conclusion that the music of reigning pop stars, Davido, Wizkid, Olamide, is crap.

In a one-on-one with Showtime, speaking on the quality of music made by the acclaimed new school music kings, Sean who was musically influenced by Fela, Michael Jackson, Rakim, Ludacris, 50 Cents, Jay Z, during childhood, described Davido, Wizkid, Olamide’s music as “Far from good music”.

In his opinion, though Wizkid, Olamide, Davido’s music is far from what he would score as good music, he has no choice but to like it because they are just giving the audience what they demand.

“Good music? No. But they’re giving the people what they want to hear for the moment.

So I can’t hate that. But it’s far from good music. Wizkid is trying though, I played the Starboy album the other day and I still went gaga. That album is going to be evergreen”, he stated.

Speaking further, he argued that Mr. Real, whose hit song, Legbegbe, is currently ruling the streets and airwaves, is just a musical wannabe who would soon be blown away like ashes.

“Mr. Real shouldn’t be added to this list. We won’t remember who he is in another two years”, he retorted.

On why he has decided to promote his music in Nigeria, he said;

“They say charity begins at home. My music is for the world but we must start with Africa.”