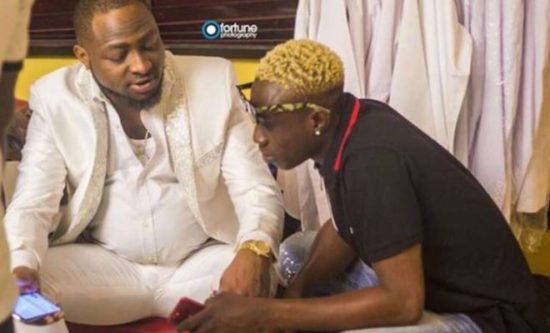 I Am Not Signed To Davido’s Record Label

It has been rumoured that the promising singer Omoniyi Temidayo, aka Zlatan Ibile has joined Davido Music Worldwide (DMW).

Davido has never hidden his love for Zlatan. In Zlatan’s new single, Osale, which will be released soon, he teamed up with Davido as well.

Even when Zlatan was allegedly molested and beaten by the family of Segun Wire, a young boy he wanted to help, it was reported that Davido intervened.

Speaking with GoldmyneTV, Zlatan said the love shown to him by Davido was a pure one, not business related.

He explained, “The relationship between me and Davdio is like the one you see in a family. I am not signed to his record company, but he has been supportive of my career. I am signed to Coded Music.”

Explaining how he met Davdio, he said, “I met Davdio when I dropped my latest song, My Body, featuring Olamide.

I just woke up and I saw Davido dancing to my song. It went viral and I had more than one million views on Instagram. I sent him a message appreciating his kind gesture and I became closer to him.”

According to him, he never thought of doing music until he started escorting his friends to the studio when he was jobless at home.

He stated, “I started music when I finished SSCE in 2011. While waiting for admission, I started following my friends to the studio and I got influenced. But I was a church boy, I played drums and I had a knowledge of music.

“When my friends said they wanted me to be part of a song, I agreed. It was a rap song and people loved my part.

It started gradually from there and I went ahead to win a car when the then Airtel organised a rap competition in my school, Moshood Abiola Polytechnic.”

But, according to him, he didn’t apply for the competition himself. It was a friend who knew his ability that brought a SIM-card that was needed to get a form and forced him to compete.