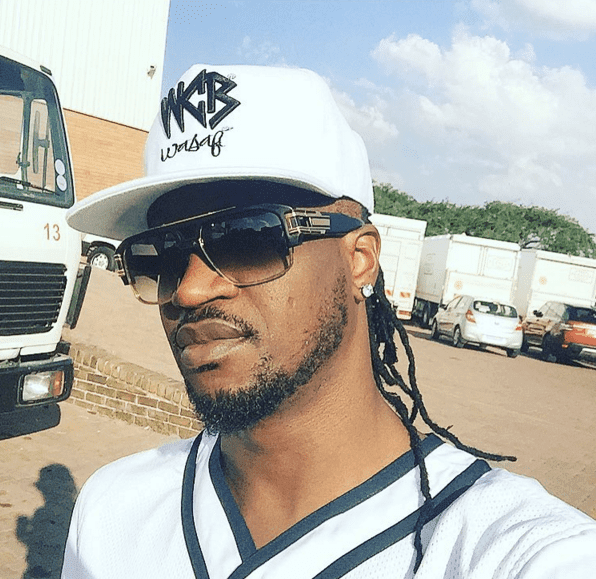 If You Do Not Have $10M To Offer Me, Please Shut And Don’t Criticize My Music

One half of the defunct P-square group, Paul Okoye just might have hinted that the feud between himself and brother, Peter is far from over.

In an interview with Dotun of Cool FM, Paul stated that despite people being on him to release an album he will not be doing that soon.

“I thought of releasing an album this year, I changed my mind because if I do, most people would think it is from the 2017 group. I do not want to do that; instead I would rather continue the Rudeboy movement.

Why would I release an album and when people listen to it, they begin to have different thoughts?

“I struggle with the fact that I want to talk about myself alone but people want me to talk about both of us. As time goes on, it will fade off unless people start reminding me of that.

Trust me, I have granted so many interviews and once somebody asks a direct question about the past, I tell them that I cannot answer that.

I just don’t want to live in the past anymore, however, I’m sorry but the music would still be what it was like in the past.

Right now, I want to push out my brand and my music which comes out about once every two months. If I release an album, some people would have heartbreak; so there is no need for that. Everything has changed for me even my circle.

I am sorry but my brother Jude is still with me. I cannot change my music except you have $10m to offer me. But if you cannot do so, then shut up and listen to the music.”

On collaborating with other artistes;

“Everybody is good, I do not have a clique and fortunately, I am cool with every artiste, I do not have issues with anybody. Even in the past, it was me that they called if they wanted us to do songs together.

I would rather not work with anybody for now because in the past, we hardly did collaborations. I am not proving anything; all I want to do is have a good idea, do a good song, dish it out to people and they would enjoy it,” said Paul Okoye.

Paul had afore time stated in an interview with The Nation, that he never left the “P-Square” group when his twin brother, Peter, opted out and that he moved on with his solo career after waiting for two months to see if their difference could be resolved.

In his own words:

“There was a bit of a breakdown when it happened and everyone was in shock because usually when things happen like that, I wait for almost nine months. But this time, I had to move on with my life and under two months, it became normal for me.

It’s the same old thing. There’s nothing new. The only part I know is different is performing alone because at the early stage I wasn’t used to it but now, I am used to it”.