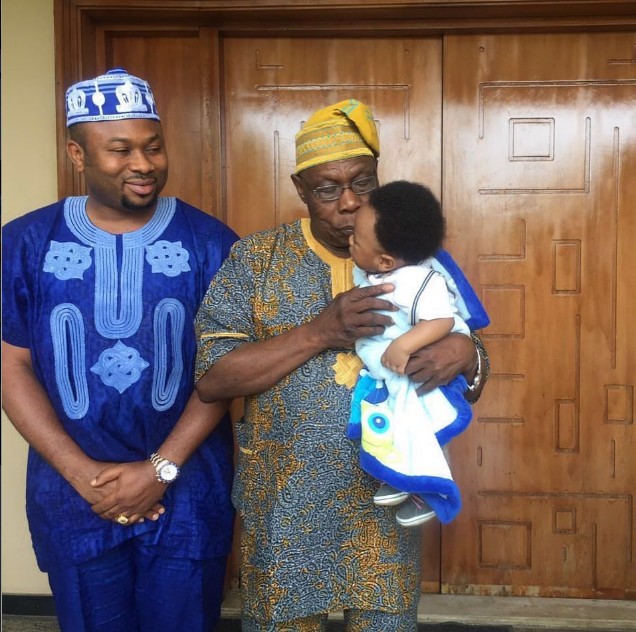 My Son Is Not Related To Obasanjo Tonto Dikeh

Nollywood actress, Tonto Dikeh, has set the records straight for those who think her son has blood ties to former President Olusegun Obasanjo.

The photo came with a caption which claimed the kid was spending time with his grandfather.

However Tonto Dikeh who called out the page for lying with her son’s image, wrote;

But I wldnt have you using my sons image for a Lie..He has 2grand fathers,One is late and Mine is very much alive..

Thanks and God bless you & your business?Excuse me that’s my son and that’s not his grandfather in any way.

Baba is a great man and has been wonderful to me and my son but Unfortunately we have no blood relationship with Baba.” 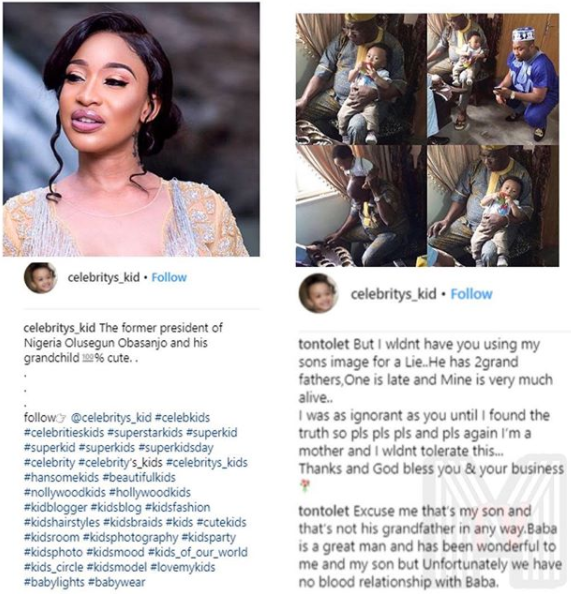