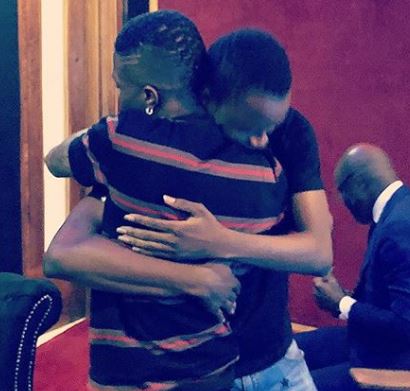 Fast-rising singer, Terri who has been in work relationship with Wizkid for a while now has officially signed a deal with Wizkid’s Starboy Entertainment.

The singer who has grown to become notable in the music industry following the excellent verse he delivered on the trending song titled ‘Soco’, is now an official member of the Starboy music gang, after putting pen on paper to sign a deal with the label.

Terri linked up with the Starboy after his cover of ‘Manya’ went viral on the internet and attracted Wizkid’s attention.

It is believed that Terri’s deal with Starboy will be a stepping stone to greater heights for him in the music Industry.