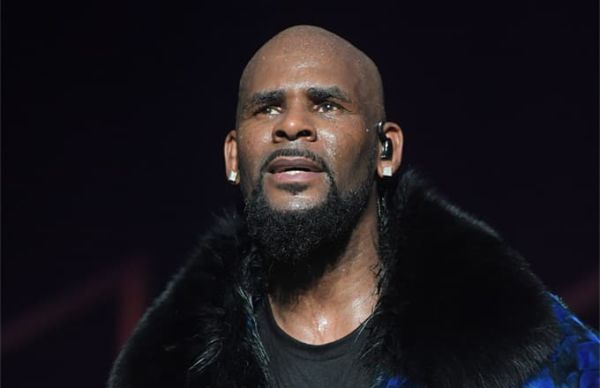 In the latest, in streams of allegations of sexual impropriety against underaged or young women, singer R. Kelly is accused of sexually abusing a girl since she was 14 years old in a BBC documentary, according to The Guardian.

Kitti Jones, who dated Kelly for two years beginning in 2011, makes the claim about another woman in a BBC3 documentary, “R Kelly: Sex, Girls and Videotapes.” In it, Jones says she herself was “groomed” by Kelly and forced to have sex with him and others multiple times in a “sex dungeon.”

“I was introduced to one of the girls, that he told me he ‘trained’ since she was 14, those were his words,” she says. “I saw that she was dressed like me, that she was saying the things I’d say and her mannerisms were like mine. That’s when it clicked in my head that he had been grooming me to become one of his pets. He calls them his pets.”

She claims Kelly forced the 14-year-old woman, whom she does not name, to “crawl on the floor towards me and perform oral sex on me and he said, ‘This is my f—king pet, I trained her. She’s going to teach you how to be with me.’” It is unclear how old the young woman was at the time.

Jones, who has spoken about Kelly multiple times in the past, says the singer was “very abusive, physically, mentally, verbally. I think he gets some sort of satisfaction within himself, knowing that he’s taking control over other people.”

Neither Kelly nor his representatives would comment to the BBC or the Guardian, but he has previously denied accusations of sexual impropriety or violence against women multiple times.

In responding to allegations from Jones that were published in Rolling Stone in October, a rep for Kelly said:

“Mr. Kelly is aware of the repeated and now evolving claims of [Jones]. It is unfortunate that Ms. Jones, after public statements to the contrary, is now attempting to portray a relationship history with Mr. Kelly as anything other than consensual involvement between two adults.

As stated previously, Mr. Kelly does not control the decision-making or force the actions of any other human being, including Ms. Jones, by her own admission. Any claim of wrongdoing of any kind or of mistreatment of any woman by him is false, ill-motived and defamatory.”

Despite the large number of similar allegations against Kelly over the past 20-plus years, the singer has never been convicted of any related crime.

In 2008, he was found not guilty of child pornography charges after he was accused of filming and photographing sexual encounters with a 14-year-old girl. In July, he was accused of sexually abusing and holding young women against their will and in an “abusive cult,” although at least one of the women in question denied the allegations, which Kelly himself called “a bunch of crap.”

Kelly allegedly married singer Aaliyah in 1994 when she was 15 years old by faking her age; in the BBC documentary, his former manager Rocky Bivens claims to have attended the wedding, which was soon annulled. Multiple reports over the years claim that Kelly has made out of court settlements with several other women, including Tiffany Hawkins, who claims she had a sexual relationship with him from the age of 15.

Kelly remains under contract to RCA Records, although he has not released a new album since a Christmas-themed outing in 2016.