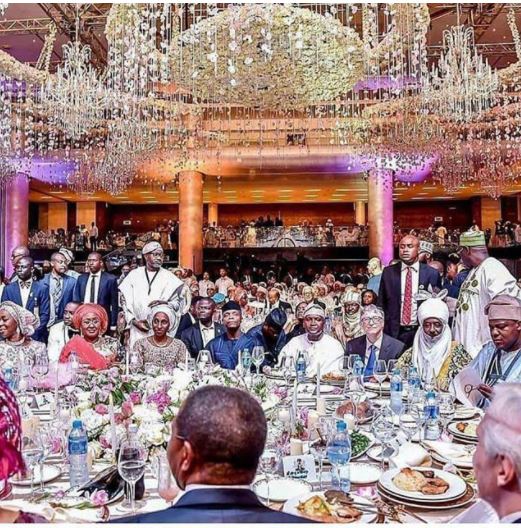 Billionaire Bill Gates, Nigeria’s Vice President Yemi Osinbajo, Emir of Kano and a host of others attended the wedding reception of Dangote’s daughter in Lagos on Friday.

Reacting to a photo of all of them peacefully sitting together irrespective of different schools of thoughts or religion, Wedding Party 2 director,

“A Pastor, a Muslim leader and an atheist. Even if Bill Gates was gay, he’ll still sit there comfortably with smiles around him. Wealth and power knows no religion. May we never have reasons to fight for God so that some people can be rich.”