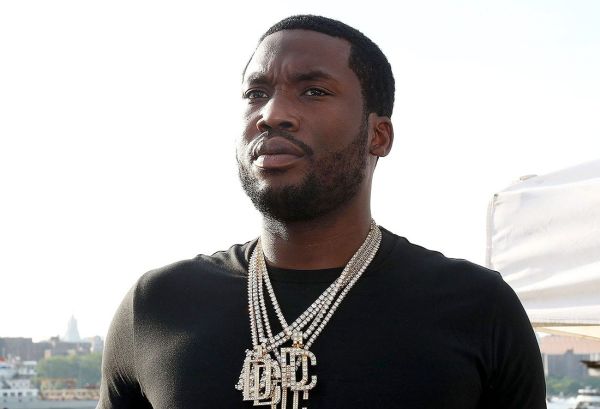 You Have Wrongfully Convicted A Black Man In Prison

Maybach Music Group rapper Meek Mill‘s mom is coming to his defense with an emotionally-driven open letter to Lady Justice.

The Dreamchasers boss’ day one has inked a must-read message about her jailed son’s wrongful punishment.

In her open letter, Kathy Williams doesn’t hold back on explaining why she feels wronged by the criminal justice system and how hard Meek’s worked to live a life outside of crime.

“The problem is that the justice system has failed my son at every turn and hasn’t let go. You, Lady Justice, have allowed corruption at the highest levels of the system, and cruelty and spite have cast doubt on your very foundation.

You are supposed to balance fairness and blindly always do what’s right, yet injustice has taken 11 years of our lives.

My son had to choose between seeing his child and his mother in a hospital or going to prison.

My son – who was 19 when he was introduced to the justice system – has been scarred physically and emotionally by your betrayal, and now you threaten his own son’s sense of security.

Today feels heavier because, now that the truth has finally been revealed, for some reason Lady Justice you are not weighing in. Where are you? The District Attorney and Governor Wolf had the courage to say let my son out of prison due to this injustice.

You’ve taken his innocence and abused his pride. He’s suffered loss of family and freedom. No human being should know his truths and be accosted by lies and false judgment under your shelter.” (Billboard)

Williams also used her message to reveal Meek’s intent on helping other jailed men fighting the system for their freedom.

“You have wrongfully convicted a black man in prison, that is a profound reality in America. We have given you all the evidence and all the reasons his case is a symbol of the problem in our justice system.

On behalf of every mother whose son suffers the cruelty of unjust punishment, I now beg you to hear the words of the DA and the Governor and release my son.

Each time I talk to my son, he gives me the strength to carry on and promises me that upon his release he will fight for other men whose voices are not heard. Give him that chance.” (Billboard)

Last Friday, Pennsylvania Governor Tom Wolf showed his support for Meek getting out of jail on bail.